How does SAC control currency transfer in Myanmar​ 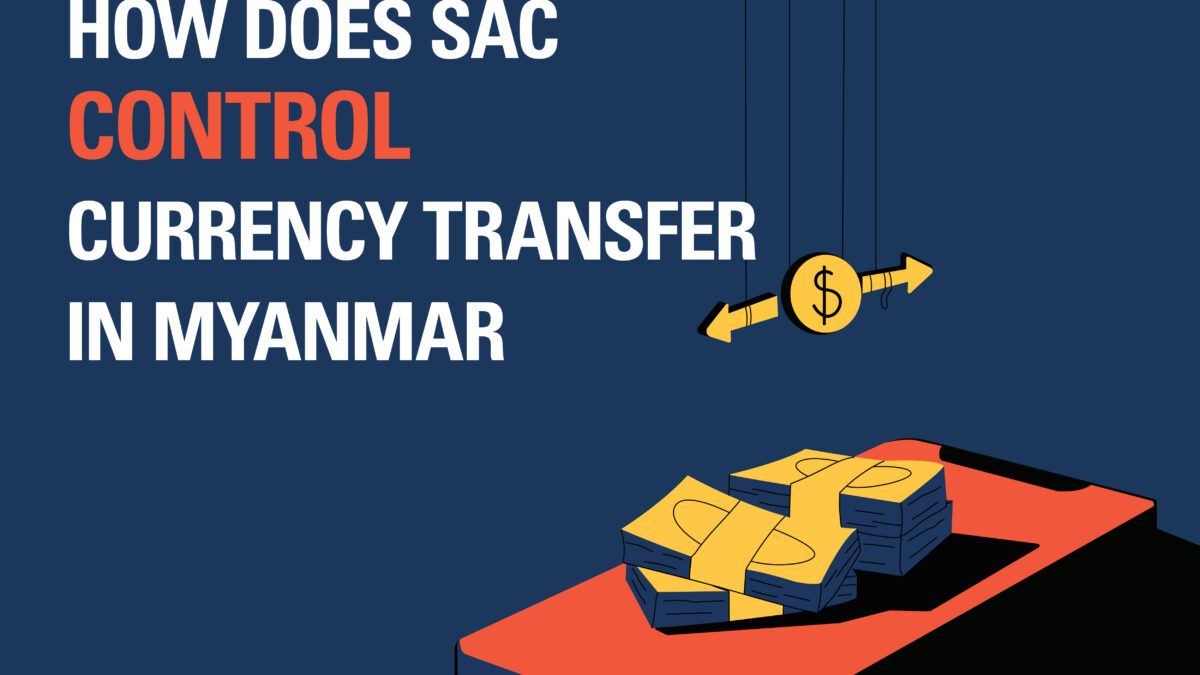 Right after the coup d’etat on 1st February, 2021, The people of Myanmar demonstrated their disgust against the power grabbing in every way possible. Starting from the “Banging pots and pans”campaign, people’s anti-coup movement escalated rapidly, filling the streets of major cities with millions of protesters. The non-violent protests were later cracked down violently on February 9, 2021, A non-violent protester Mya Thwe Thwe Khaing, was shot dead andThat was the beginning of thousands of atrocities that Myanmar Military is going to commit in the future.

Despite the repressions by the military dictators, Myanmar people kept on resisting in various non-violent ways such as the Civil Disobedience Movement (CDM) which was spearheaded by civil servants with the absence of their labour in the military’s administration mechanism, Blood Money Campaign which cut down revenue streams of the dictators andSilent Strikes which deserted major cities with citizens shutting down their businesses expressing defiance against the dictators.

This article observed how the resistance groups establish their funding streams for the revolution as well as the military’s pursuit of control over those funding streams and then further explore potential scenarios for secure fund raising methods.

Creative fundraising activities for revolution and their barriers

Among those creative campaigns, monetizing from the clicks from the online ads was the very first innovative fundraising campaign. People developed mobile apps which aggregated URLs containing ads and where people can explore collections of books, news and stories to lure the users. From click link aggregation, as the time goes by, the creative campaigns have further evolved to games and crypto mining applications.

Along the period of the coup, fundraising activity led by CRPH hosted on Go Fund Me was the most successful in the early days. The campaign which started right after the coup went viral and collected a significant amount of donations in just days. On March 31, 2021, when the campaign made 9 million USD of donations from domestic and international supporters, WePay, the company behind Go Fund Me, suspended the campaign with the reason of transaction anomaly. After suspension from Go Fund Me, CRPH had to establish a manual network of trusted institutions as fundraisers around the world who could help them collect donations.

Another obstacle for the fundraising campaigns was the military’s strict monitoring of financial transactions over electronic money transfer  platforms such as KPay, CB Pay, Wave Money, Visa, Master, Paypal, etc. Despite the strict monitoring, prominent fundraising campaigns such as NUG’s ‘Aung Lan Lwint Chi Spring Lottery’ which sold 50,000 tickets of in just an hour and made NUG 100 millions Kyats, NUG and CRPH’s Raffle Ticket program which aimed to collect 5 million USD for the revolution still had to use the above mentioned mobile payment platforms in order to collect donations from the supporters inside the country. In order to circumvent the military’s financial monitoring and to establish safer financial transactions for supporters inside the country,  NUG government introduced NUG Pay in June 2022. However, there are still a lot of challenges for NUG Pay to operate smooth transactions as well as the user base is still very limited. While the revolution-focused institutions are trying to solve the payment problem by the means of technology, the military is imposing more restrictive rules over mobile payments such as Wave Money and K Pay, services which the pro-democracy forces still have to cling on for the lack of alternative solution.

How does the SAC monitor the financial transactions 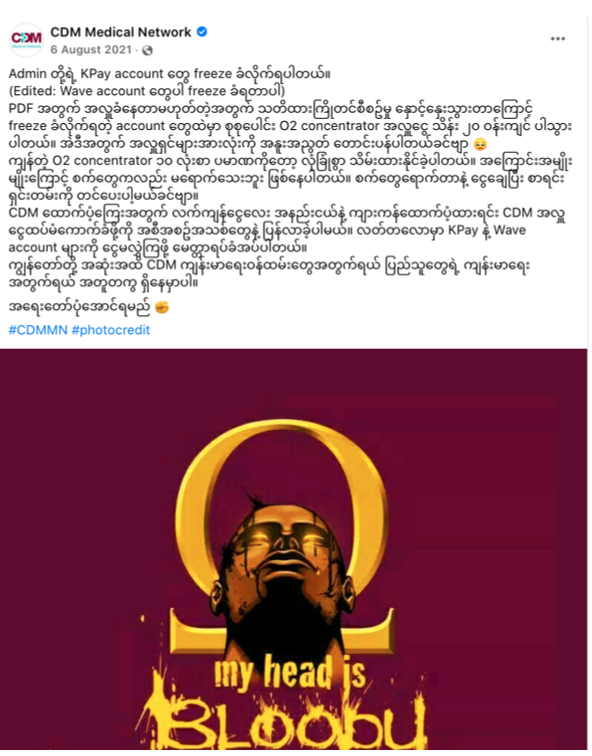 On 13th August, 2021, a directive was issued by the Central Bank of Myanmar for the banks and financial agencies to collect more detailed personal information and to report them if any transaction is going to “The Spring Lottery ” or anything related with revolution activites. Absence to report by any Mobile Financial Service Provider shall be sued under Financial Institution Law, section (154). 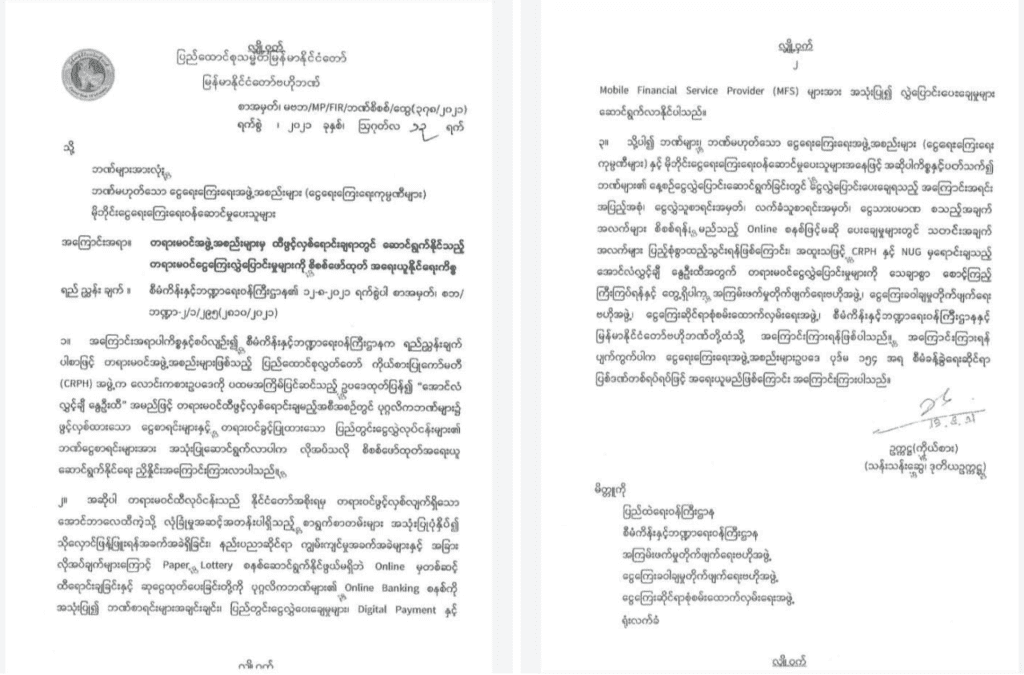 In June , 2022, the same month when the NUG pay was introduced to circumvent the financial transaction monitoring of the military, the SAC issued an announcement that using any Mobile Pay/Mobile Wallet which are not registered at the Central Bank of Myanmar is illegal. Moreover, on 15th August 2022, the SAC directed mobile money agents such as KPay/Wave Money to follow 10 rules including to install CCTV cameras and take record of the customers secretly. Then, on 16th September, 2022, the SAC controlled CBM disclosed that all the Mobile Money accounts which are not upgraded to level 2 (i.e. accounts which are not verified with their National ID card) will be deleted permanantly. The announcement further described that information registered for mobile money accounts such as National ID numbers, Names and SIM numbers will be checked against the electronic ID database of the military controlled Ministry of Immigration and Population. Consecutively, on 19th September 2022, the Ministry of Transport and Communications, issued a statement that SIM cards which are not registered under real name and real National ID card number of the current users will be deactivated. Two days after the announcement, on 21st September 2022, a large number of Kpay accounts were freezed without any comprehensive reason.

According to the above mentioned activities, it is evident that the SAC is desperately trying to control the funding streams of the revolution with every possible repression.

On one hand, the SAC is repressing fund raising mechanism of pro-democracy movement which they can have direct control such as mobile payments, on the other, it is imposing punitive regulations limiting access to internet to indirectly manipulate tech-fueled fundraisiang activities for revolution such as Click2Donate (C2D), PDF Game, etc.

On 8th December 2022, the military junta raised the price of mobile internet doubled in order to limit the public’s participation in the online fundraising activities such as C2D. While fibre internet  access is limited in most of the areas of the country, raising the price of mobile internet hugely impacted on the public’s access to infomation and access to education. In Yangon, where the fibre internet is realitively accessible, the Yangon Electricity Supply Company (YESC) issued a warning to remove unlicense cables on the lampposts before the end of November 2021.

The SAC’s respression on access to internet went further, on 6th January 2022, the junta amended the Union Taxation Law, imposing a 20,000 kyat (US$11) commercial tax on SIMs and a 15 percent tax on internet service providers’ income with an odd reason that “the imposed taxes would reduce the effects triggered by extreme use of internet services on the employment of the people and mental sufferings of new generation students”.

First, if the supporters’ behavioral security is improved it is possible to reduce account confiscations. The most possible vulnerability from the users are the descriptions of the transfer. Therefore, avoiding possible triggered words such as PDF, NUG and anything related to the revolution would be the first line of defense. Other basic digital security awarenesses such as security by separation, communicating through secure channels, avoiding regular phone calls to communicate sensitive information, etc. The Spring Revolution Security telegram channel should be a great asset for this.

Second, if supporters could relatively easily use cryptocurrency to donate for revolution, it will become a escape from the military’s surveillance to some extent. There is a significant discourse in Myanmar’s crypto landscape already: NUG’s announcement of USDT as official currency, blockchain based coin DMMK, crypto initiatives lead by the people, Su Yadanar cryptomining for donation, etc. However, Myanmar’s crypto landscape still have pretty big entry barriers for basic users such as lack of comprehensive local apps or exchange, collaboration between tech community, government and academics and the likes. If those barriers are resolved to some extent, circumvention against the military’s financial monitoring could be improved.

Third, if blockchain based platforms like NUG Pay become more scalable, usable and share its model to young entrepreneurs, an alternative choice of money transfer industry for pro-democracy will be established. The NUG Pay now is still complicated to use to some degree and the user base is still in its infancy. However, if services like NUG Pay comes into its fruition, a secure funding stream for the revolution can be imagined. 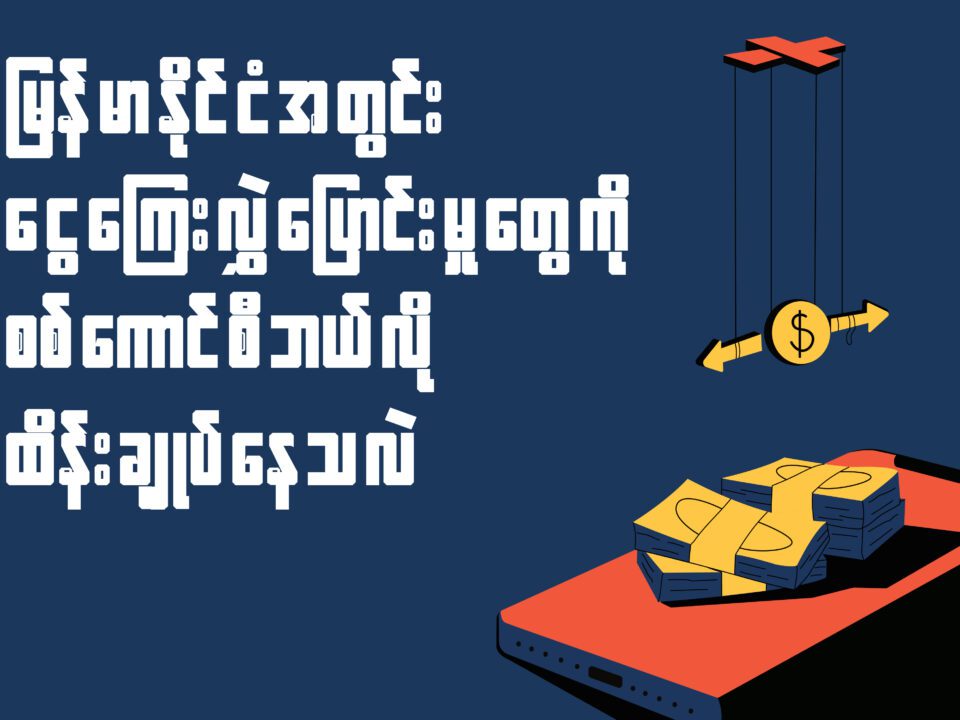 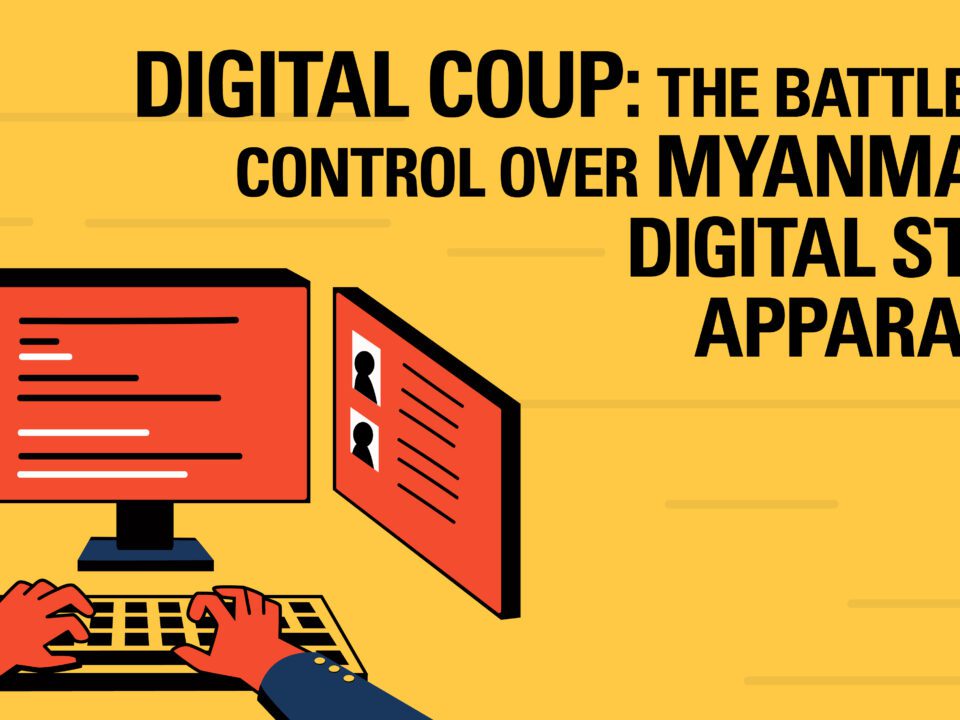